Only two of the original charter members are

alive and they are: Mr. Cefe Valenzuela and Dr. Tony Fuentes. 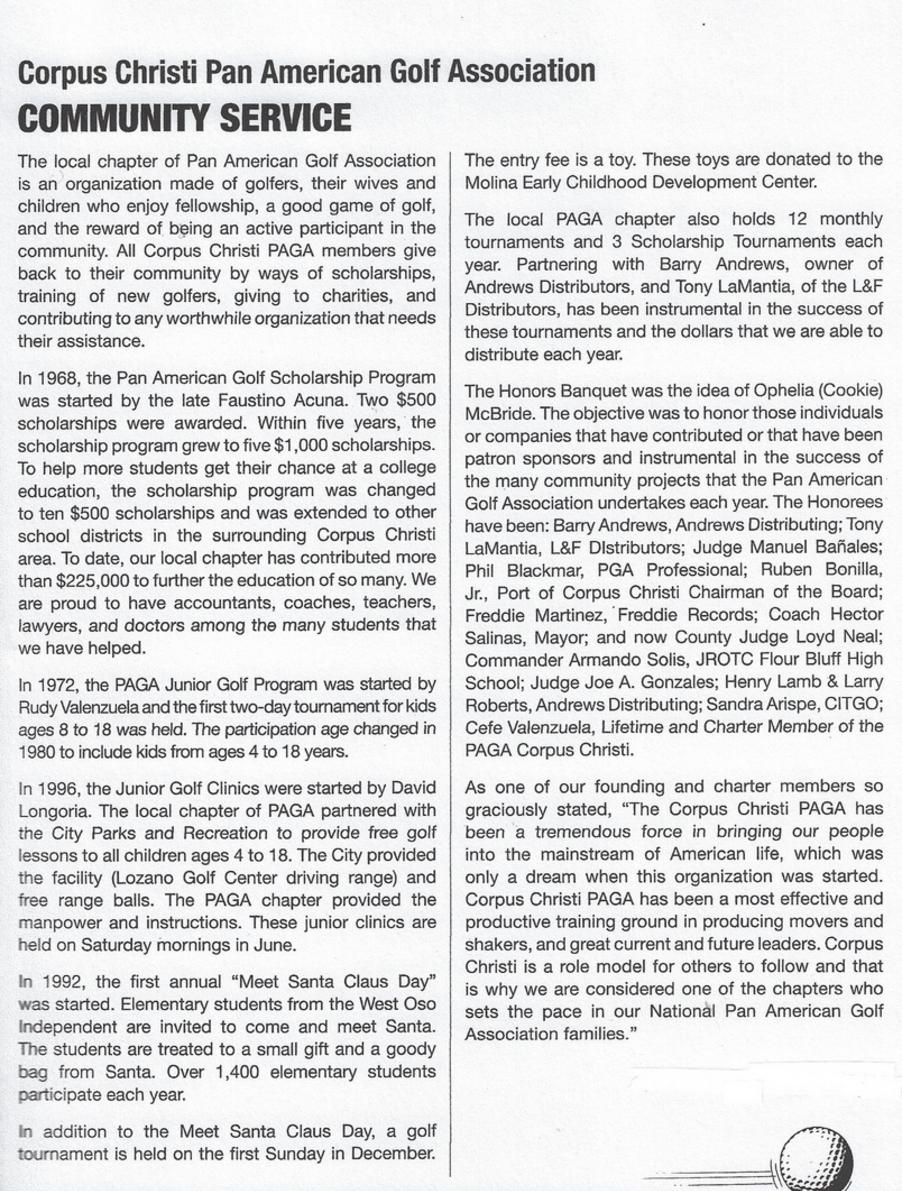 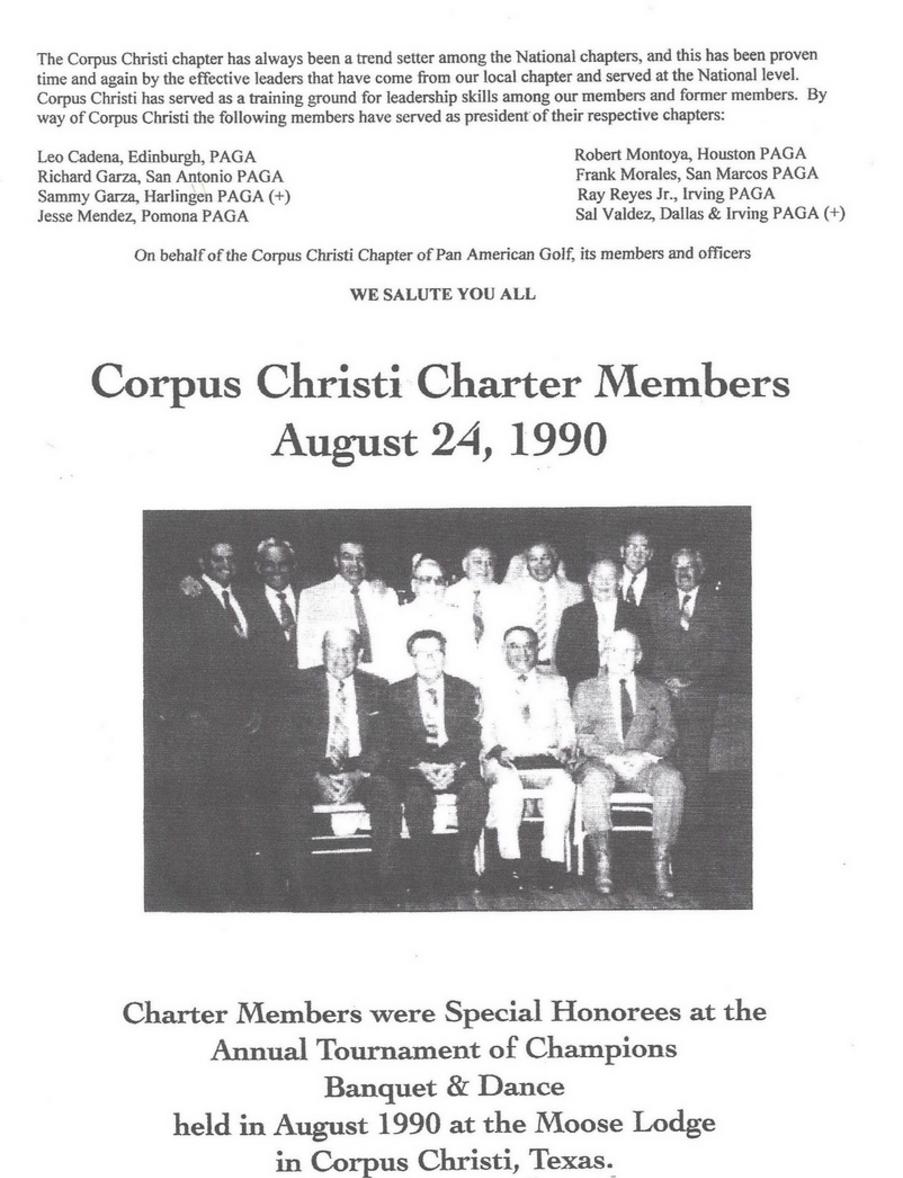 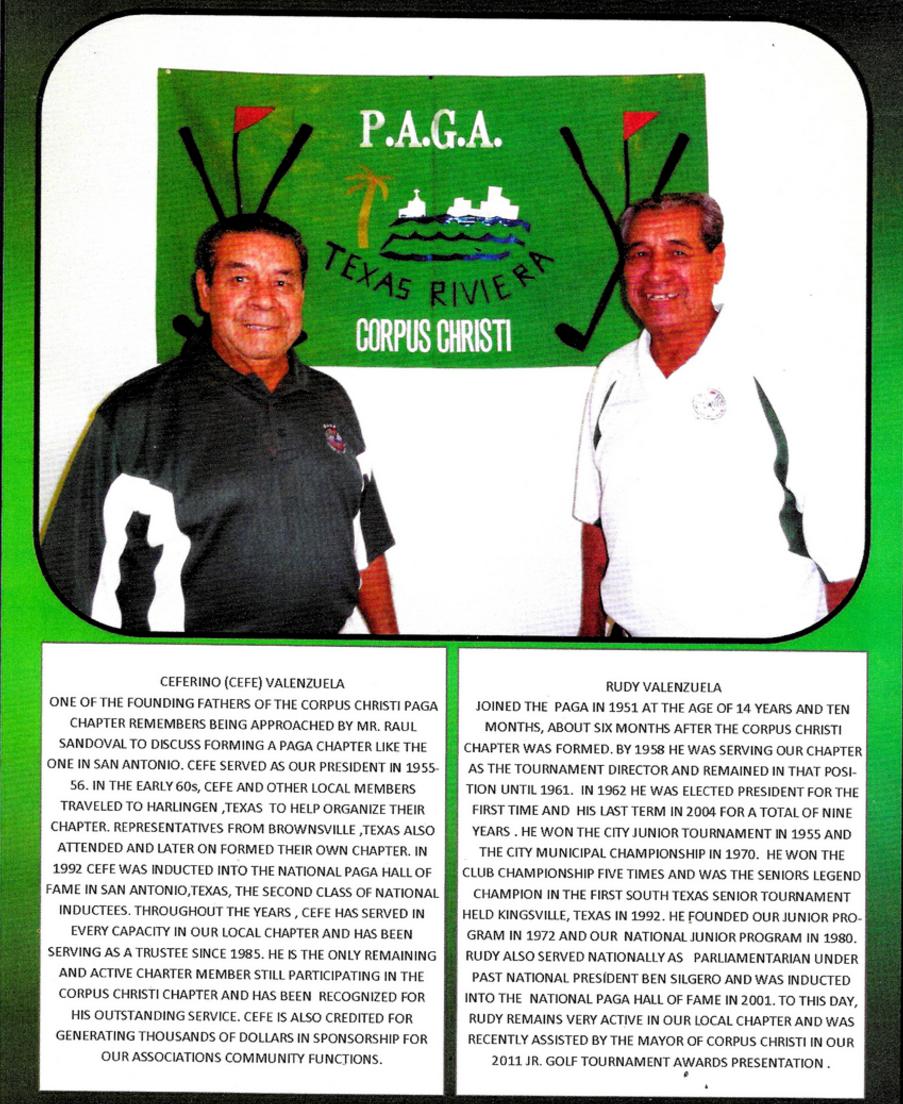 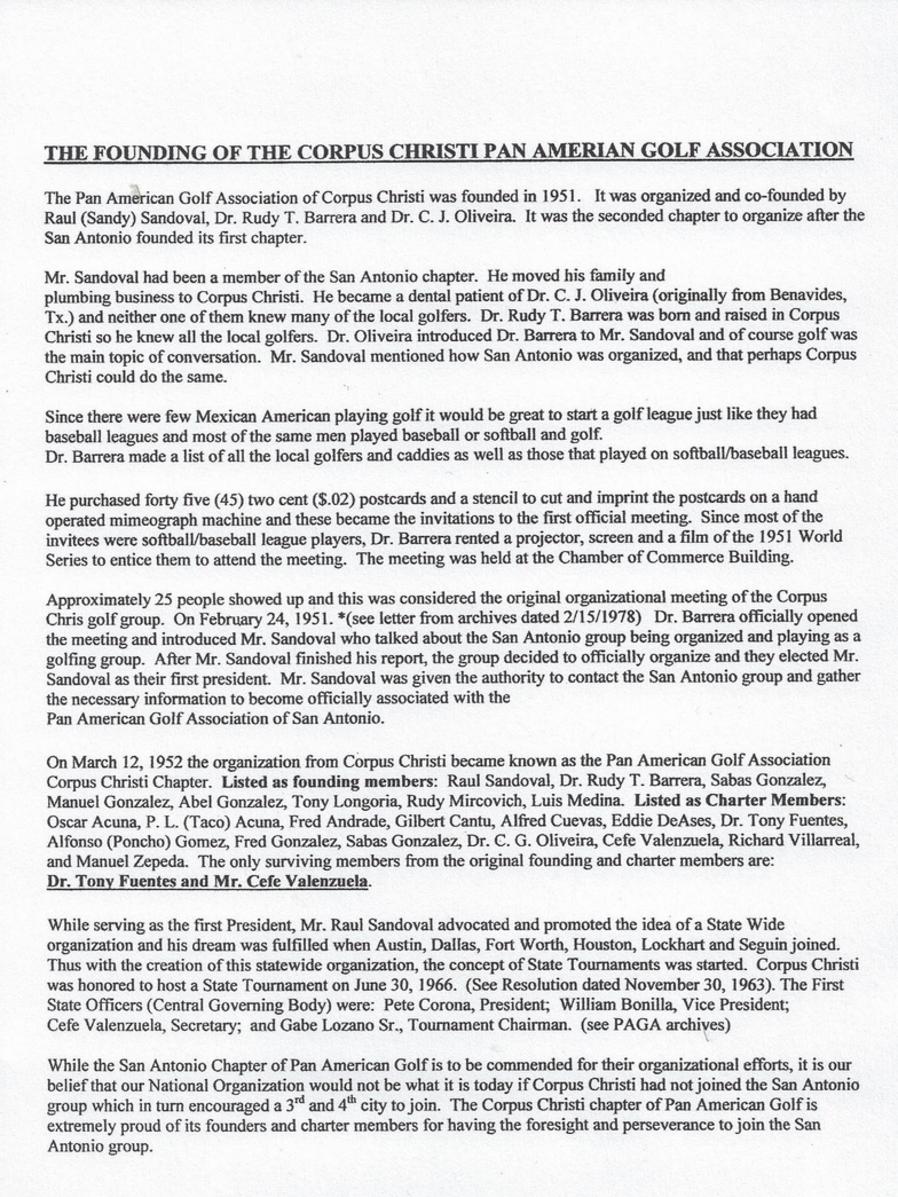 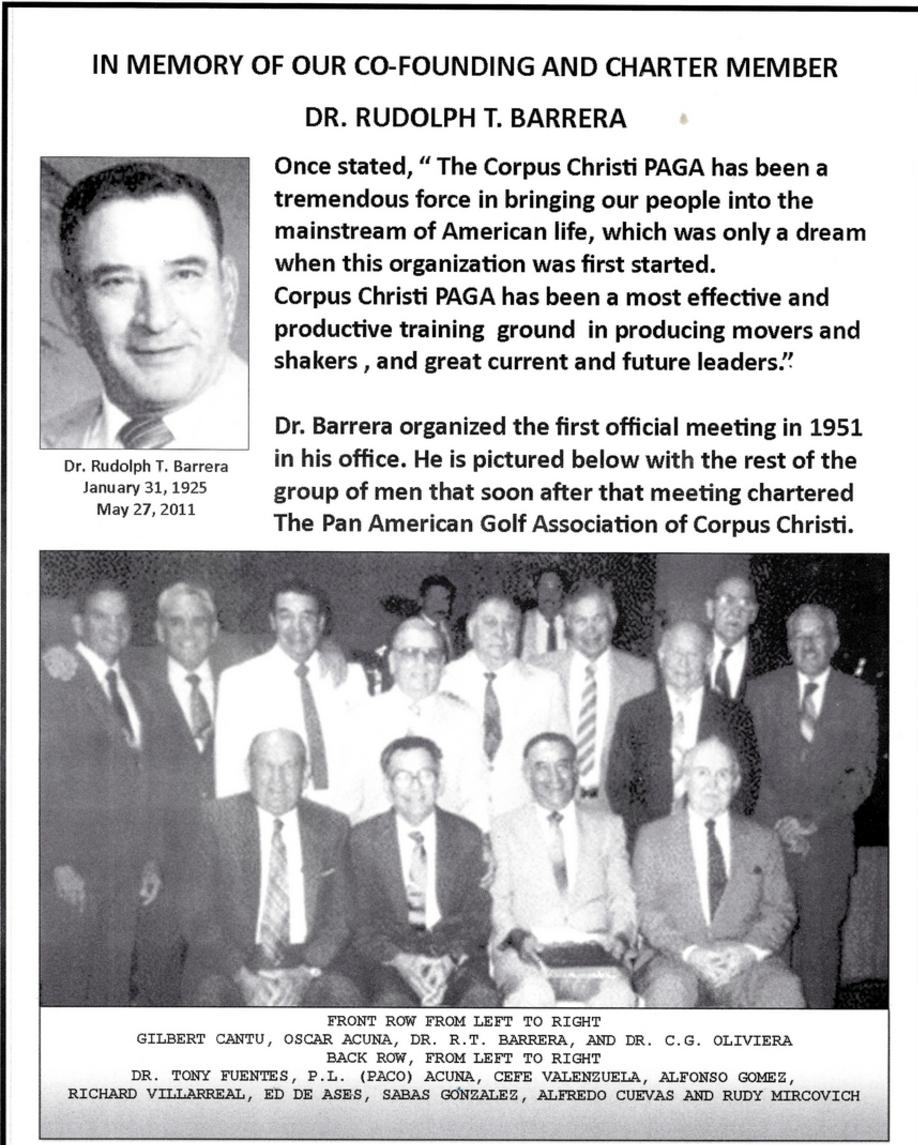 With the start of Hispanic Heritage Month we celebrate us "The National Pan American Golf Association". Be proud to be part of a(n) association that has been around over 60 years and recognized as the largest Hispanic golf organization in the country.

NATIONAL PAN AMERICAN GOLF ASSOCIATION (NPAGA).The first chapter of the National Pan American Golf Association was founded in San Antonio in 1938 but under a different name. In January 1938, five Tejanos who lived in San Antonio met in the upstairs office of physician Juan Rivero to found an association of local Hispanic amateur golfers. His office was located above the Socorro Drug Store in what is now known as the historic El Mercado area of San Antonio. The attendees at that first meeting decided to invite fifteen additional Hispanic golfers to become charter members. The group’s purpose was to provide golf competitions and a social network for its members.

Originally the organization was known as Fore Golfers. Brackenridge Park Golf Course was the organization’s home course. By the spring of 1938 the number of members had grown to more than a hundred. The meetings were moved to the Mexican Christian Institute, located at 1214 Colima Street (the site of the Inman Christian Center in 2018).

Although the Brackenridge Park Golf Course was a public, city-owned course, there were still some vestiges of racial discrimination in the late 1930s. Mexican Americans were not allowed to participate in city amateur sports events in that era. Also, the city of San Antonio would not rent the course to the Hispanic group unless the organization prepaid the rental fee. Cruz Lozano, the owner of a local meat-packing company, loaned the new association $900 in order to reserve tee times and prepay rental fees for the association’s tournaments at Brackenridge.

During World War II the association’s tournaments and other activities were suspended. Many members served in the military during the war. After the war, some golfers from Seguin joined the San Antonio organization.

In 1947 Claude Estrada, a member of Fore Golfers, suggested changing the name of the group to the Pan American Golf Association (PAGA). The proposed name was adopted.

The first satellite chapter of PAGA was established by the early 1950s, after member Raul Sandoval moved his business from San Antonio to Corpus Christi in June 1950. PAGA’s then-president Al Zepeda suggested that Sandoval organize a chapter in Corpus. Before long other chapters were organized in Austin, Dallas, Fort Worth, and Houston.

In 1953 PAGA member Tony Holguin won the Texas Open Tournament (known as the Valero Texas Open in 2018) and became the first PAGA member to win a PGA Tour event. In 1956 the PAGA chapters began a series of statewide tournaments, and two years later those events became official championship tournaments. In the decades of the 1960s and 1970s, the PAGA grew to become a national organization (NPAGA) with more than thirty chapters. The group also initiated a junior golf program.

In the 2010s the NPAGA has become the largest Hispanic golf organization in the United States, with more than forty-three chapters in nine states and more than 2,600 members. In addition to the many chapters in Texas cities, chapters in other locations include Santa Ana, California; Detroit, Michigan; Chicago, Illinois; Wichita, Kansas; and Kansas City, Missouri. Over several decades, the organization has awarded thousands of scholarships. The San Antonio chapter, located at 2300 Avenue B, also houses the National PAGA archives.